0
was successfully added to your cart.

Paying It Forward With Voodoo Doughnuts

What to do when I found myself one hour early for a meeting in the beautiful old town district of Portland.

Although there was a chill in the air, the blue sky and white puffy clouds called me to the waterfront of this beautiful city.  After a short stroll along the waters edge I leisurely walked through the city, taking in the creative window designs and the articulturical curves of the historic buildings.

I greeted and was greeted by many people, in particular those that are homeless.  I was asked the questions one typically hears, “do you have a dollar to spare” or  “spare change?”

Seeing one of Portland’s iconic figures in the distance I smiled and said, “follow me” as I pointed toward the colorful Voodoo Doughnut sign. A smile appeared on the face of a woman named Teresa as she began to walk alongside of me. Walking the three blocks together one by one we were joined by nine more wonderful new friends that also followed.  I smiled when a fun visual popped into my mind – a female piped piper in heals!

“We are all connected through the stories we share.”

We all selected our favorite donut and then spent time enjoying the delicious treats while I listened to those that had a story to share. I did my best to encourage, as we shared and laughed.

“I have something to admit. I’m a desert-a-holic!”

In an attempt to add to our fun connection I told them I had something to admit. I immediately had everyone’s attention when I said, “I’m a desert-a-holic” – wiping the loose crumbs from my chin.

A soft-spoken man who had shared a story earlier that nearly brought me to my knees touched my arm and said, “That’s ok Bonnie. I’m an alcoholic.”

This was not how I had planned the conversation to go and I quickly said with a smile, “You know we could get help for these things.” The man replied softly, “I know.”

The laughter continued for some time. Then, one by one they thanked me for noticing them, not stepping over them, and for the unexpected sweet treat.

To those that were looking for work and support services I gave information about various service organizations and career centers nearby that could support and assist in their efforts.

Today I felt the realization of the power of kindness and slowing down. The power of less than twenty dollars, the power of time spent listening to others and the power of a few kind words.

A small act of kindness can truly make a positive difference.

Today was a sweet day.

As the motivational columnist, enjoy the digital editions FREE at willametteliving.com 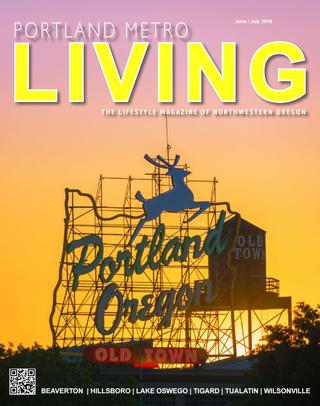